Lebanon and Enforced Disappearances: The Right to Know Amid Collapse

While Lebanon goes through one of the worst global crises and a complete neglect of human rights, families of the forcibly disappeared are still chasing a ray of hope – as they have done since 1997. It is difficult to find answers around enforced disappearances in Lebanon with a government that fails to respond to basic needs today.

Although the current crisis can hinder setting the topic upfront, why couldn’t families rely on the legal framework in the past? And what caused theory and practice to stay so far apart throughout the years?

Main obstacles facing the families of the missing persons

More than 17,000 Lebanese disappeared during the Lebanese civil war between 1990 and 1997, hundreds of whom, the exact number is unclear, are still forcibly disappeared today. In addition, scores of citizens and Palestinians disappeared in Lebanon after 1990 during Syria’s military presence in the country, and are known or believed to have been transferred to detention in Syria.
Following constant advocacy efforts of activists and civil society organisations (CSOs), Lebanon signed the International Convention for the Protection of All Persons from Enforced Disappearances in 2007 and later passed law (105) on the Missing and Forcibly Disappeared Persons in 2018.
Unfortunately, the law has been stuck in the theoretical framework – it has not been implemented and the Convention was never ratified.

According to a public statement by the Lebanese Center for Human Rights (CLDH); refraining from ratifying the Convention is one of the obstacles faced by families, in addition to the inactivity of the National Commission for the Missing and Forcibly Disappeared since its establishment in 2020, and the failure of other official commissions of inquiry to conduct a serious investigation into the fate of the disappeared, according to the Center.

Official commitments in place… where are they now?

On 21 January 2000, a commission of inquiry into “disappearances” was set up by government decree signed by Prime Minister Salim al-Huss. On March 4, 2014, Lebanon’s State Council issued a historic ruling declaring that relatives of people who have disappeared have the right to know the truth concerning the fate of their family members. This includes the right to receive a complete copy of the file on the findings of the official Commission of Inquiry.

A second commission was established by Ministerial decree in 2001. The Commission’s mandate was extended twice and ended in February 2002, and a third (a joint Lebanese – Syrian Commission) was set up in August 2005 and is still in place, although no meeting has been held since 2010 according to a report by ICRC. The report states that despite the establishment of three commissions: “no tangible progress was made to clarify the fate and whereabouts of the missing or meet the needs of their families,” and that “the lack of results and the fact that the commissions failed to share families’ real concerns meant that families had no trust in these bodies.”

Likewise, the National Commission for the Missing and Forcibly Disappeared – established in 2020 – has not yet revealed the whereabouts of the disappeared and the missing. Four of the Commission’s members resigned in the past year, and as CLDH reached out to understand their challenges, the Commission wrote back stating that this was an internal matter that required no interference from CSOs. Until now, no budget has been set by the government for the Commission and no members have been appointed to replace those who have resigned. According to Wadih Al- Asmar, President of CLDH, “The National Commission failed due to the lack of experience on the matter, the lack of political will, and the inability of these members to lobby on political parties while most of them were appointed through political interference. They can operate without a budget, but it is more about their ability to operate.”

Advocacy, support and memorization put in place was always helpful, yet not sufficient amid political interference and instability. The president of CLDH highlights that: “Memory, or memorization, is none other than the vehicle that will keep track of this suffering. Keeping track of the suffering is essential, but insufficient if it is not accompanied by the message of hope that constitutes the establishment of processes that make it possible to provide answers to the victims and allow them to return to a „normal“ existence.”

Since issuing law (105) in 2018, and besides efforts put in place, the issue of disappearances has been dismissed or put on hold by the government amid multiple crises encountered in Lebanon, including the October 2022 uprising, the Covid-19 pandemic, the massive Beirut blast, and other political and economic instabilities.

As Lebanon heads towards a total collapse, the main question is whether the Lebanese government will ever fulfill its obligations in ratifying the Convention and activating the Commission’s role through transparent appointments and mechanisms.
Today, the right to know remains a priority to hundreds of families, as it gets lost amid emergency crises or as pertaining to a war that has long passed.
The war has passed indeed, but broken souls will never move forward without the fate of their loved ones revealed. 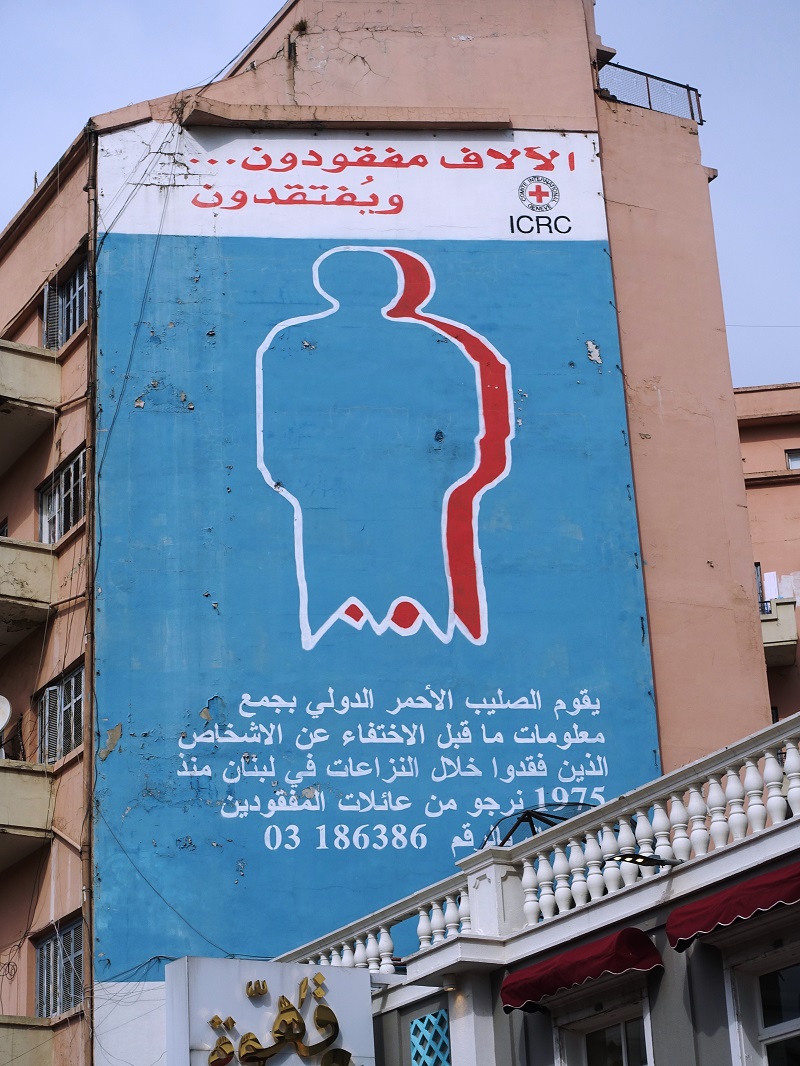 Street banner by ICRC, an outreach to families of the forcibly disappeared to compile information about them, Beirut, Lebanon, February 2020. 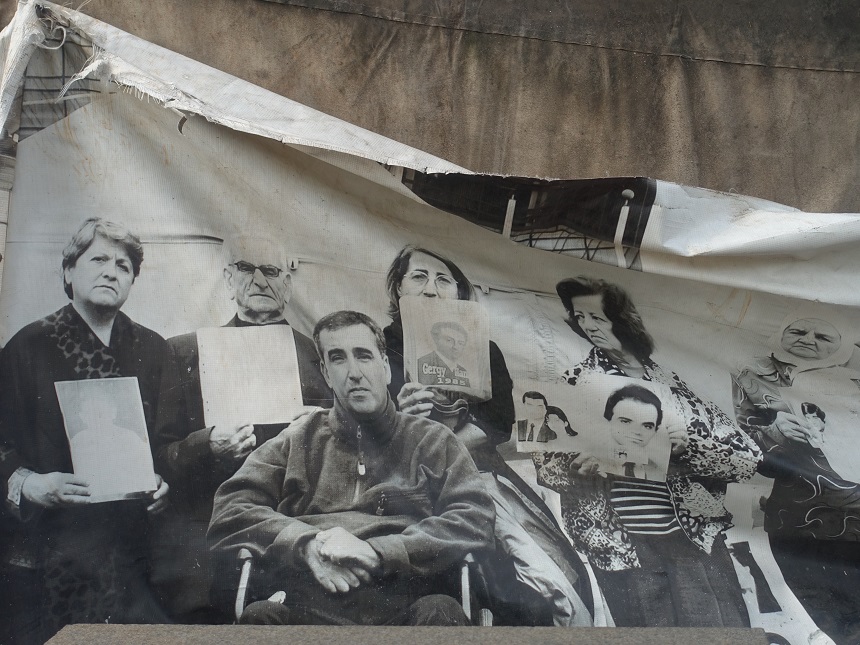 Families of the forcibly disappeared demonstrate in quest of the fate of their disappeared loved ones revealed, Beirut, Lebanon, February 2020